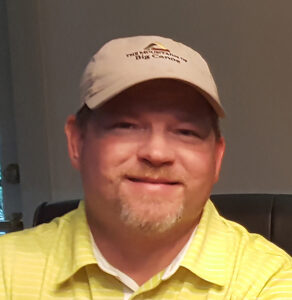 Back in 1995, “Forrest Gump” won the Oscar for best picture, Montreal had a Major League Baseball team, and a fitness center was but a dream in Big Canoe.

That was also the year that a 23-year-old Pickens High School graduate named Jason Brownell was hired as a golf course laborer to primarily groom the bunkers in Big Canoe.

“After about 90 days,” Jason said, “I told them that I could do more than rake bunkers. I wanted to do other things.”

Indeed, Jason did “other things” as he continued advancing through the POA ranks before 2013 when he become the director of operations.

That same desire for new challenges is what prompted Jason to announce that he is resigning from the POA as of Oct. 7 – exactly 26 years, 15 weeks and four days since he went on the Big Canoe payroll. Jason will soon be running his own business.

“I have always dreamed of having my own business,” Jason says, “and having something that I could be 100% in charge of is exciting to me. It’s a new challenge that I am looking forward to.”

Jason, 49, leaves just as the POA has endured what he describes as a “nerve-wracking but also pretty cool” stretch that included draining and repairing Lake Disharoon, spearheading projects such as the renovation of the indoor tennis courts and many recent Spruce Up Big Canoe projects.

“Given all of the challenges that we have faced this year,” says POA General Manager Scott Auer, “with getting our assorted dams, roads, buildings and infrastructure back on track, it was awesome having someone with 26 years of experience onboard. As a former entrepreneur, I can understand the thrill of small business ownership. I am among the many folks wishing Jason nothing but the greatest success.”

Scott is working with the operations team to design the best organization for Big Canoe’s future success.

A longtime resident of Jasper, Jason lives in the same town where he grew up, though not without a few detours. He attended and graduated from the University of Georgia in Athens and lived in Big Canoe in the mid-’90s with his parents. His folks, Ronnie and Nellie, called the community home from 1994 to 2020.

Early in his career, Jason took on jobs that involved working on golf courses, which led to him landing that first gig in Big Canoe. He advanced in the POA, moving up to golf course assistant, golf course superintendent before landing his current job.

In that time, he witnessed plenty of changes and major events, from the Nov. 10, 2002 megastorm that damaged homes and uprooted thousands of trees; to the Aug. 15, 2006 lightning strike that set the previous Clubhouse ablaze. There also has been the pleasure of supervising of witnessing the renovation of the Big Canoe golf courses. The rejuvenation of Creek 9, which is set to reopen in spring 2022, is the fourth such project Jason has been on hand for.

While he’s eager to see the final product when Creek 9 reopens, Jason said now is the time to move on because of a new business pursuit.

“I am at an age now that if I am ever going to make a change, now is the best time to do it,” Jason says. “But it’s bittersweet. Big Canoe has been awfully good to me and I hope I have been good to Big Canoe. I am grateful and truly blessed to have lived and worked here and to have served in this community.”

The post Big Canoe Director of Operations Jason Brownell stepping down to pursue entrepreneurship appeared first on Inside the Gates.