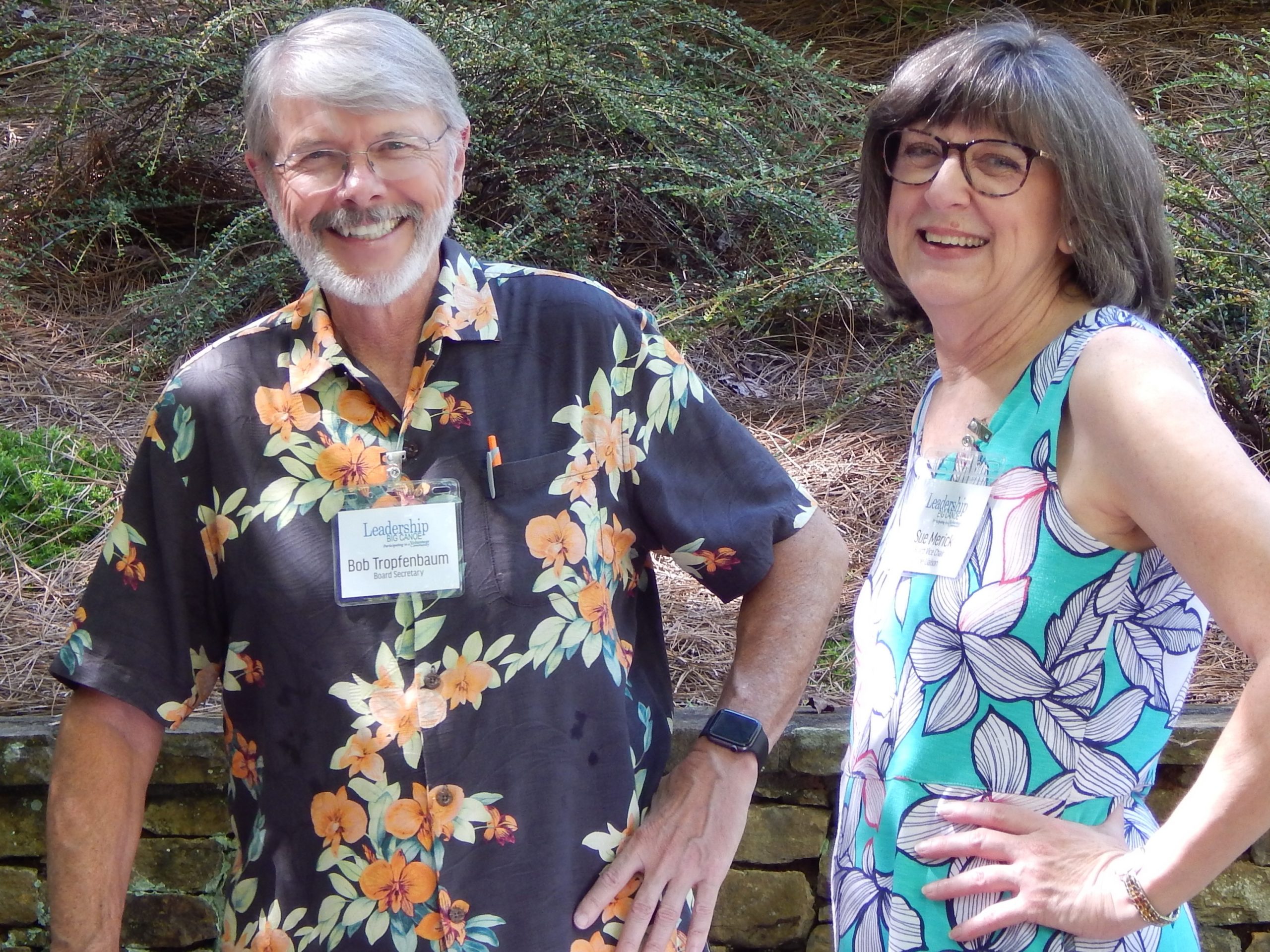 Leadership Big Canoe, much like the NFL, began its new season with a big bang.

The new students, 22 in all, met on Sept. 9 to enjoy a wine-and-cheese event at the Big Canoe Lodge. The students got a chance to get to know one another in a casual setting.

Each student has a varied background, which became apparent when they introduced themselves and told the class what brought them to Big Canoe. One student told how she and her husband had driven across the United States looking for the ideal place to live. Another student has lived here 22 years while another came here as a child. Others said they had been here only for a year or so. Board member Nancy Derajtys brought in board games as an ice breaker. Everyone had a great time.

The first session was the next day at the Lodge. Candace Robertson, president of the POA board and Board Member Amy Tropfenbaum spoke about the governance of Big Canoe. Though one might think this a boring subject, both women reinforced the fact that Big Canoe is a “little slice of heaven” because of the governing features in place. Big Canoe residents all have the same common interest in ensuring that the area remains the pristine setting we all fell in love with. The rules, covenants and bylaws all help to keep this the same magical place that attracted everyone here in the first place.  The students were reminded that all residents are co-stewards of these lands.

The class finished with the screening of a video on the history of Big Canoe that featured Charlene Terrell, a noted historian who has extensively documented the community. She covered the history of the original Indian population in Big Canoe and the first settlers, such as the Disharoons, the Cowarts and the Tates. She also told tales of moonshiners, the Wolfscratch School and the pink marble Tate House.

The video also featured Tom Cousins, the original developer, speaking about the most important thing he accomplished, which was to see that development of the land did not “mess things up.” He helped with the adoption of covenants aimed at protecting the ecology and the natural beauty of the land.

The video continued with Ken Rice, one of the original residents of Big Canoe, and Bill Byrne, the most recent developer. Byrne stressed that the land had to be protected so that the original vision was preserved.

Everyone went away realizing that we live in a special place that we are charged with protecting as we ensure that these lands maintain their pristine and natural beauty.

The post Leadership Big Canoe kicks off news season, explores the community’s rich history appeared first on Inside the Gates.