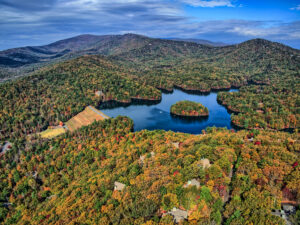 The recent announcement that the Big Canoe Company LLC was sold to Big Canoe Holdings Group LLC has prompted plenty of speculation – and with it confusion over the actual role and, more importantly, the authority of the developer.

Among the key pieces of information to keep in mind:

Big Canoe Company LLC (developer/declarant) has been purchased.
The only thing that has changed is the identity of the developer. Nothing about the governance of Big Canoe has been altered.
The responsibility for the daily operation of the POA has been under the Board of Directors since 2006.
The new managing members of the Big Canoe Company have collectively been involved in the development, design, construction and real estate of Big Canoe for more than 60 years.
The new partnership includes Mike Zeigler of Big Canoe Holdings LLC; Wayne and Eileen Bruce of Wayne Bruce Designs Inc.; and Curtis Burkett of Curtis Burkett LLC
The developer retained rights in 2006 primarily to allow them to develop.
A list of those rights is included in the 2005 Covenants.
These rights include the ability to add approximately 1,076 additional dwelling units under an existing cap.
The developer has expressed interest in building those homes over the next 10 to 12 years.
The Board consists of six elected directors and one developer director. Mike Zeigler will become the Board’s new developer representative, a position held by Phil Baldwin until earlier this year.
The new developer is shaping its plan and will share more details as they become available.

If you have any questions about the purchase of the Big Canoe Company, write to askthepoa@bigcanoepoa.org.

The post Big Canoe Developer Fact Sheet appeared first on Inside the Gates.