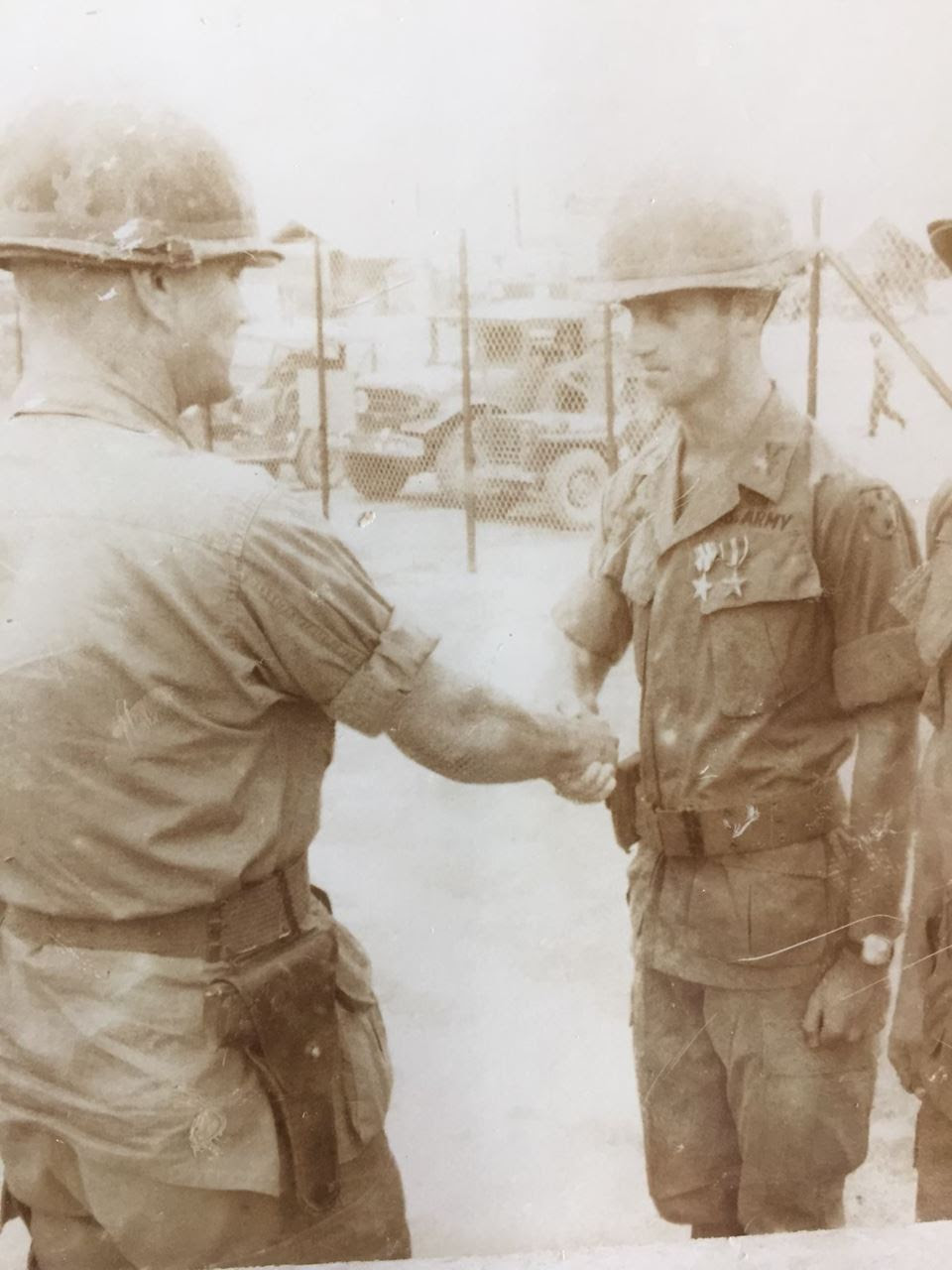 Philip L. Spackman enlisted in the U.S. Army at 18 years of age on 2 February, 1967. He completed Basic Training at Ft. Benning, GA; Advanced Training in Cavalry and Reconnaissance at Ft. Knox, KY; and Armor Officer Candidate School at Ft. Knox, where at age 19 he was commissioned Second Lieutenant on 15 December, 1967. Second Lt. Spackman’s stateside duty station was at Ft. Rucker, Alabama, followed by his completion of Airborne School at Ft. Benning, GA.

He was deployed to Vietnam in October 1968. Upon arrival in Southeast Asia, he was assigned as an Armored Cavalry Assault Platoon Leader in E Troop, 1st Cavalry, 11th Light Infantry Brigade, Americal Division. Lt. Spackman served in this position for 11 1/2 months, during which time he was awarded the Distinguished Service Cross, 3 Silver Stars, 4 Bronze Stars for Valor, two Purple Hearts, the Army Commendation Medal for Meritorious Service, and the Combat Infantryman’s Badge (CIB).

As a veteran and member of the North GA Veterans and Big Canoe resident, we are honored to have Philip Spackman serve as our Memorial Day Guest Speaker, and urge you, your family, and friends to attend the Memorial Day Commemoration Program.

For North Georgia Veterans attending, the dress for the event is casual, unless you are part of the program, in which case you should wear your NGV uniform. All NGV members are encouraged to wear name badges and any NGV monogrammed apparel, like a shirt or hat.

The program will include the North Georgia Veterans Chorus, flag ceremony assisted by the Boy Scouts, and will conclude with the playing of “Taps”.

Please mark your calendar now for this event. The Clubhouse has volunteered to serve lunch beginning at 11:30 a.m. for those interested in eating after the service.

The post Memorial Day ceremony with the North Georgia Veterans Chorus appeared first on Inside the Gates.